Here’s how we did it:

The pre-Presidential debate poll targeted 1,000 registered voters aged 18-64 with a single disqualifying question that asked if the respondent was planning to watch the debate. The poll was launched 09/29/20 at 4:45 pm PT and completed in an hour with 781 responses.

The post-Presidential debate poll targeted 1,000 registered voters aged 18-64 with a single disqualifying question that asked if they watched the debate. The poll was launched  09/29/20 at 8:00 pm PT completed in an hour with 748 responses.

Both our pre and post-debate survey showed that when deciding a “winner” of the debate coronavirus and the economy were the top issues on voter’s minds. 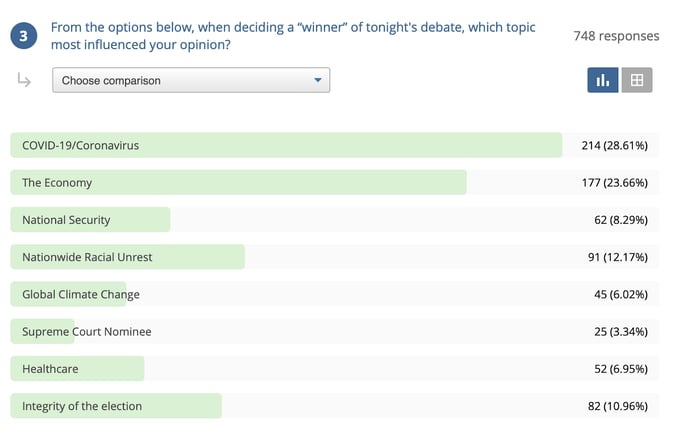 When the data is broken down by who Americans plan to vote for in the 2020 election, 42% of Trump supporters listed the economy as the most important topic compared to only 12.59% of Biden supporters.

63.90% of voters indicated that their support for a candidate did not change as a result of the debate. 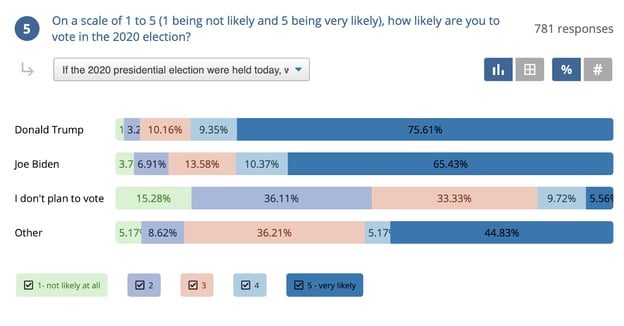 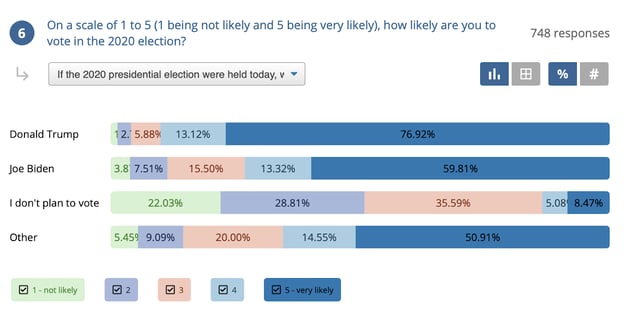 TapResearch conducted this survey across its network of random mobile devices. The two polls were conducted on September 29, 2020, with 1,000 respondents each.

If you’re a mobile marketer or decision-maker and would like to run a similar poll across the TapResearch mobile sample network please contact Michael Sprague at michael@tapresearch.com.

Previous American’s opinions on the role of civil disobedience by athletes are divided down political lines, Poll finds
Next 58.5% of American voters believe the winner of the election should appoint the next supreme court justice, poll finds