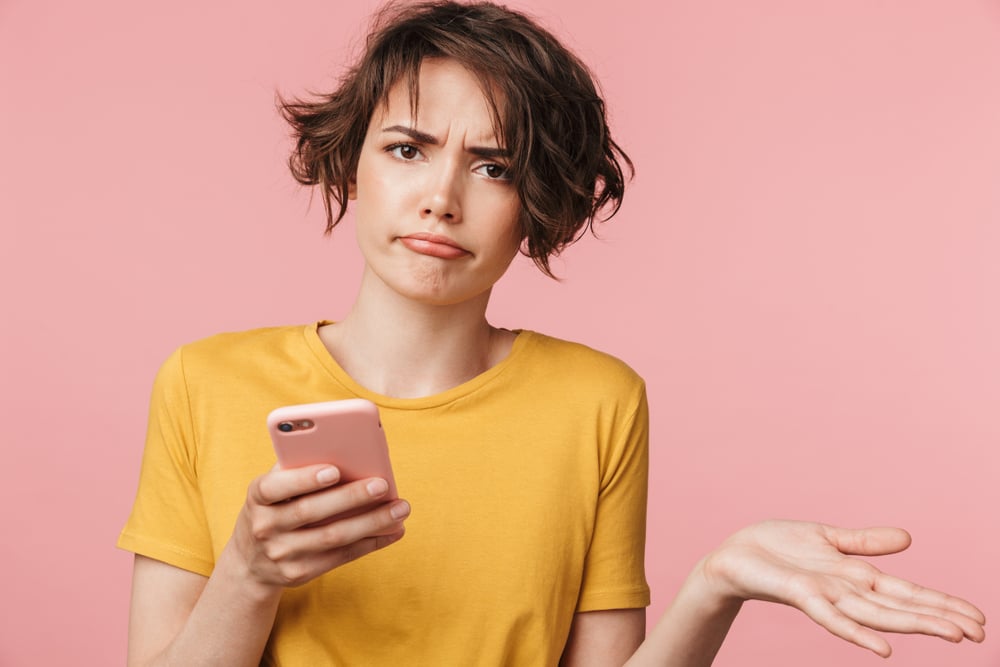 In our most recent survey, we wanted to find out if the idea of “ownership” of mobile gaming content would influence gamers in any way, who exactly might it influence, and perhaps most important, whether gamers truly understood what "ownership" of digital content really meant. The results were quite interesting.

We surveyed 1,001 mobile gamers, balanced to the US Census. In a couple hours, we had our results.

It’s not a stretch to say that content ownership in a mobile game would positively influence iAPs. But where it gets interesting is looking at whether those gamers who rarely make iAPs would be influenced to make iAPs because of the ability to own the content.

Incredibly, 28% of those players who said they Very Rarely or Never make iAPs said they would be very likely or somewhat likely to make iAPs if it meant they could actually own the content they purchased.

There are simply too many variables to consider before thinking that if you create a Web3 mobile game you can instantly increase iAPs by 28%. But if nothing else, this should provide some insight into the potential influence that the concept of content “ownership” can have on your players.

That leads us to another question (as so often is the case). What players might content “ownership” influence most. Let’s take a look.

From the graph below you can see that gamers who play to Create (68%), Connect (66%), and Explore (59%) seem to be the most likely to make iAPs if it meant they owned the content. 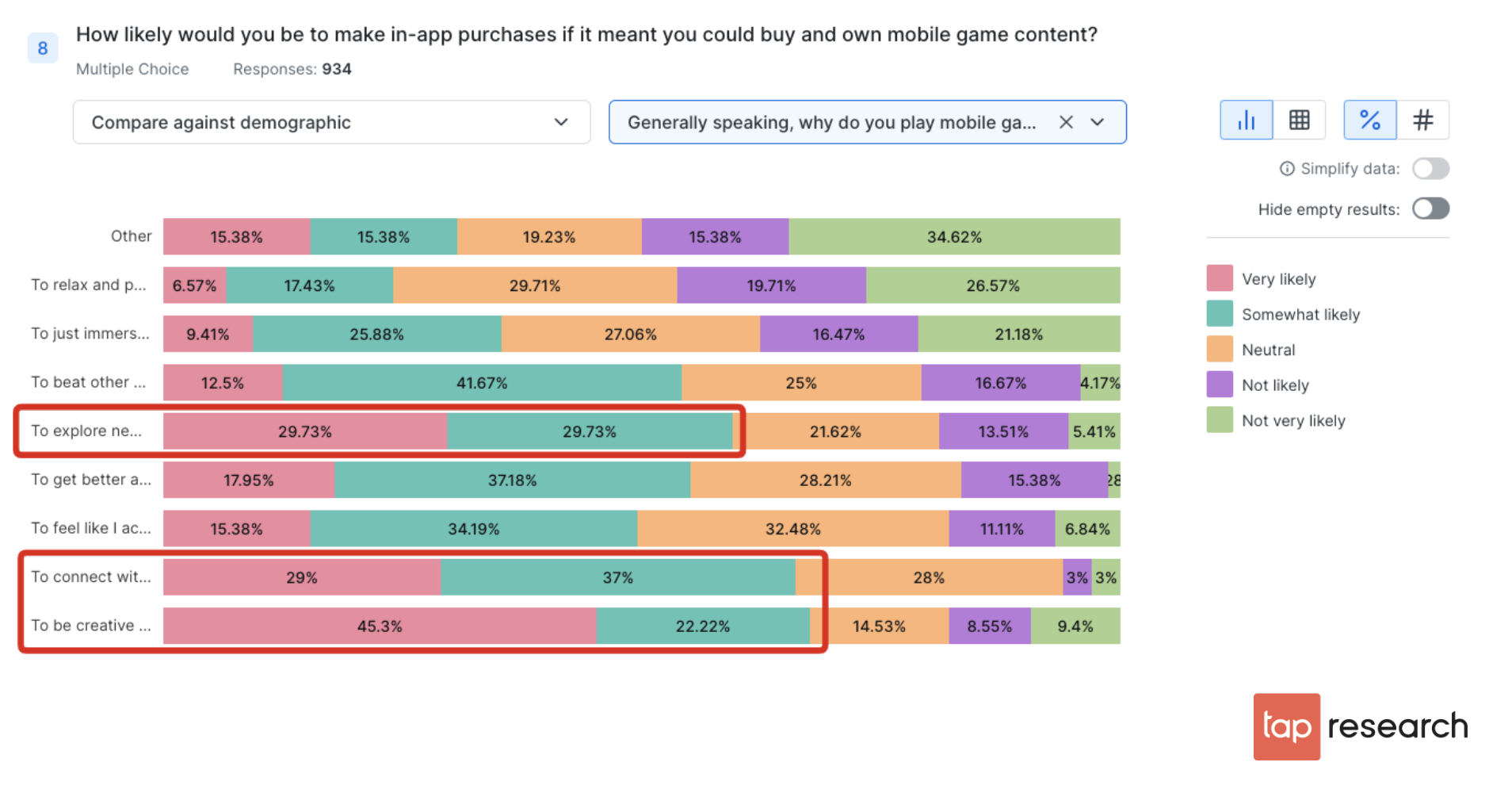 In our last post about how the future of Web3 gaming we talked about how Web3 gaming looks bright and if you’re not exploring the possibilities there, then you’re likely missing a golden opportunity - especially if one of your genres is RPG!

“That it's not really mine, almost like renting it without physically having the product in hand.” - 49 y/o male

“Right to possess, buy, sell,trade, and utilize on their platform” - 50 y/o male

“Sounds sketchy. Like nfts. You don't really own anything.” - 58 y/o female

“You have full and complete ownership legal or otherwise.” - 25 y/o male

As you can see in the varied responses from a range of demographics above, it’ll be critically important for publishers to fully explain and clearly educate their users as to what “ownership” actually is and what they can and can’t do with digital assets once they’ve bought the content in their Web3 games.

Obviously, you’re always looking for ways to activate new spenders and optimize monetization streams. This recent survey gives us some indication into the potential implications content “ownership” can have on your bottom line.

If your product roadmap doesn’t include Web3 gaming in the near future, you should strongly reconsider. Of course, your best course of action is to ask your players directly with in-app rewarded surveys so you can minimize the risk and shorten the learning curve. And TapResearch can certainly help you do that!

If you would like to learn more about how TapResearch can help your marketing & user acquisition team acquire more users, and help your product team optimize gameplay to better engage and retain those users then

In a post we wrote about the differences between Web2 and Web3 mobile gamers, we looked at what...
2 minute read
Read More
December 1, 2022 Player Insights

In a post we wrote about the differences between Web2 and Web3 mobile gamers, we looked at what...
2 minute read
Read More
November 18, 2022 Player Insights

In a post we wrote about the differences between Web2 and Web3 mobile gamers, we looked at what...
2 minute read
Read More