Super Bowl Battle of the Snacks: Frito-Lay vs Pringles 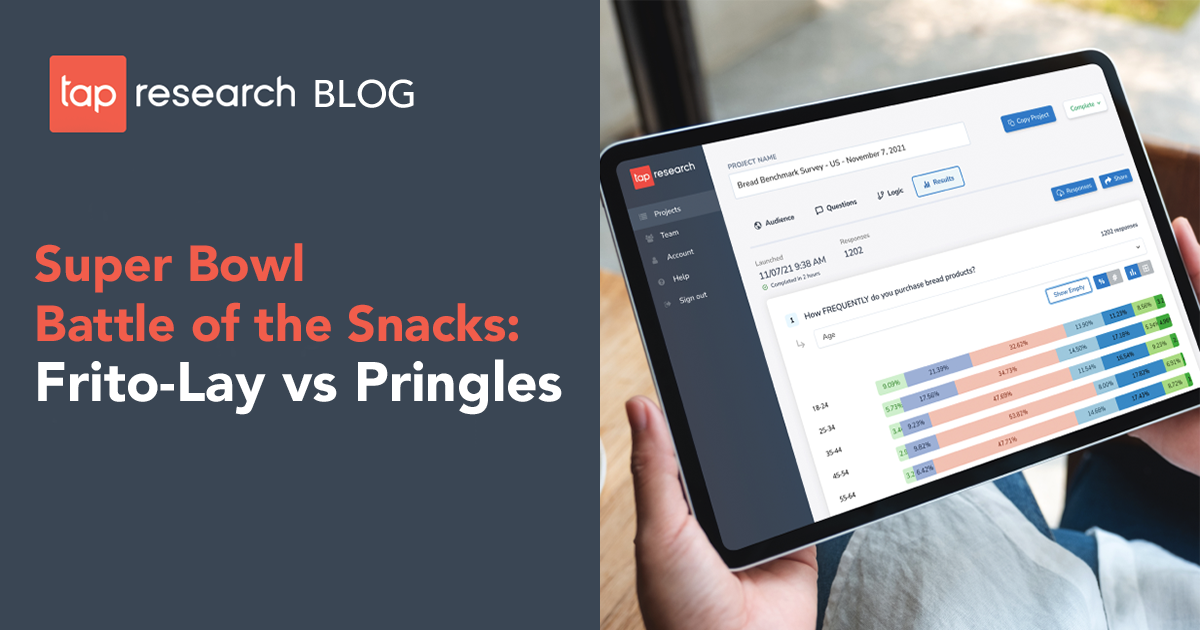 As the Los Angeles Rams defeated the Cincinnati Bengals 23-20 for the champion title in Super Bowl LVI on Sunday, another competition was playing out among snack brands advertising during the game broadcast

PepsiCo’s Frito-Lay went head to head with Kellogg Co.’s Pringles to win over Super Bowl LVI viewers by delivering the most impactful chip ad during the big game broadcast.

The former’s TV spot for Flamin’ Hot varieties of Cheetos and Doritos drove the most substantial increase in positive brand perception immediately following the Super Bowl, as measured by TapResearch’s new Brand Insights solution that makes accessing real-time consumer insights as easy as Googling a topic.

In the world of traditional media networks, the National Football League is a valuable sports franchise and the Super Bowl itself is on a whole other level, offering uniquely massive exposure to the roughly 100 million viewers that tune in to watch. But that kind of viewership requires a hefty investment — with NBC this year reportedly selling multiple 30-second spots for a record $7 million — and that kind of investment requires a comparable return.

For established players like Frito-Lay and Pringles, the goal of a Super Bowl ad is less about brand building and awareness generation than it is about positively impacting brand sentiment. So, how did the brands’ ads stack up?

Leveraging its proprietary Audience Network of over 20M daily active users, TapResearch tracked consumer perception of the brands in the week leading up to the game and in the days that followed. The 7,000 consumers surveys fielded ahead of the game created a perception baseline while 2,000 post-game surveys measured change to determine the effectiveness and impact of the ads. All 9,000 responses were balanced to a census by age, gender, and region to provide granular insights and spot underlying trends per segment. They confirm that Super Bowl ads have the power to move opinion, some more than others.

Frito-Lay appealed to the youngest cohort of consumers with its 60-second ad for Flamin’ Hot Cheetos and Doritos. Continuing its tradition of drawing on star power for its Super Bowl ads, Frito-Lay enlisted Megan Thee Stallion and Charlie Puth, artists favored by Generation Z, to voice woodland harmonizing to Salt-N-Pepa’s hit song “Push It” after getting a taste of the chips. And while the tune is older than some of the athletes playing in this year’s Super Bowl, the emphasis on the chips’ flavor profile played right into Generation Z’s unique ranking of flavor intensity as the most important attribute when it comes to chips in general. (Quality wins out as the most valued chip attribute across all other age groups.)

Post-Super Bowl, Flamin’ Hot chips saw a 34% increase in brand favorability among those that saw the ad, garnering the largest single improvement across the board. With the highest increase in favorability comparing pre/post Super Bowl coming from Millennials suggesting the licensing deal with Salt-N-Pepa worked as intended for the brand. (Sorry GenX) 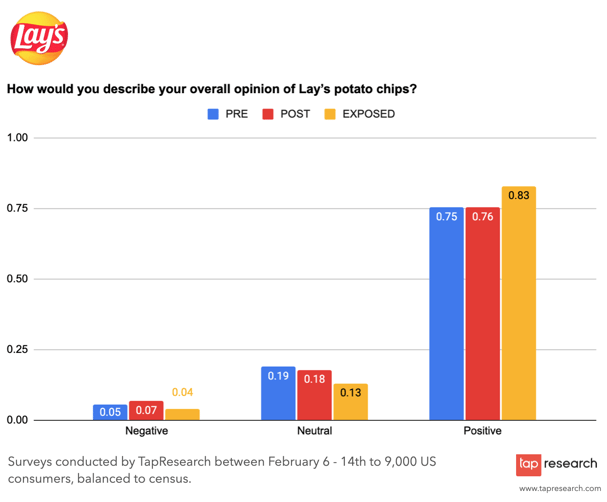 Opposite its Flamin’ Hot sister brands, Lay’s return to the Super Bowl after a 17-year hiatus largely drew on the brand’s 90-year legacy. Its 60-second “Golden Memories” ad starred well established comedic duo Paul Rudd and Seth Rogen, who crunched on a bag of original Lay’s while fondly reminiscing on past adventures via a series of flashbacks, all including Lay’s. The creative attempted to bring Lay’s purpose of delivering joy to the forefront while leaning on brand history and the nostalgia it elicits to target an older segment of consumers. Lay’s generated a 10% increase in favorability among those that saw the ad. 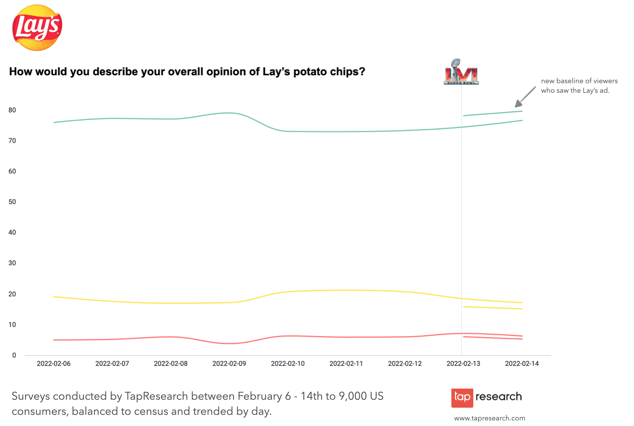 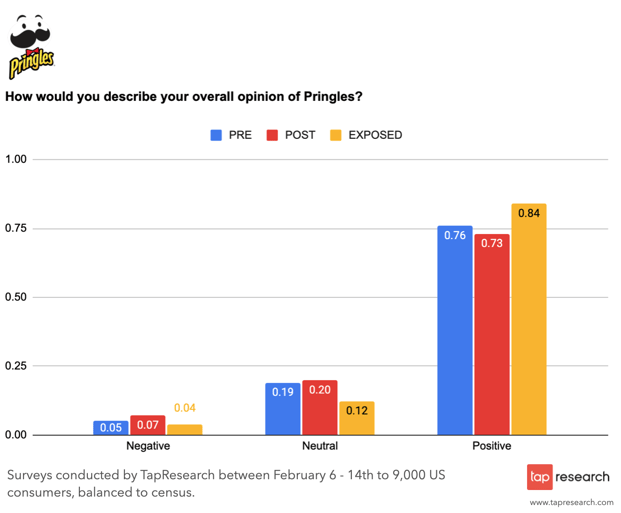 Although it’s a veteran of Super Bowl advertising, Kellogg’s Pringles proved to be the runner-up in this year’s battle of the snacks. The brand elected to eschew its usual “flavor stacking” angle and take a different approach with a 90-second “Stuck In” spot that attempted to target both older and younger consumers alike. While the concept of getting your hand stuck in a Pringles can while trying to reach the last chip resonated across demographics, the overall increase in favorability among those that viewed the ad was about 11%.

In the end, the Super Bowl battle of the snacks was won by Frito-Lay’s multi-pronged advertising approach that leveraged its varied snack portfolio to resonate across age groups by highlighting several brands in two separate ads.

If you’re interested in more data on these brands, TapResearch will continue tracking brand favorability, purchase intent, and ad recall until February 19th for a full 7-day pre and 7-day post-analysis.

To learn how you can track your brand in real-time check out TapResearch’s Brand Insights solution, create your FREE account here or contact sales@tapresearch.com today.

[SURVEY INSIGHTS] 66% Of Gamers Said What About Netflix Gaming?

Time to ‘Infuse’ the Soda Market with Something New!

Opportunities in the Baby Food Market